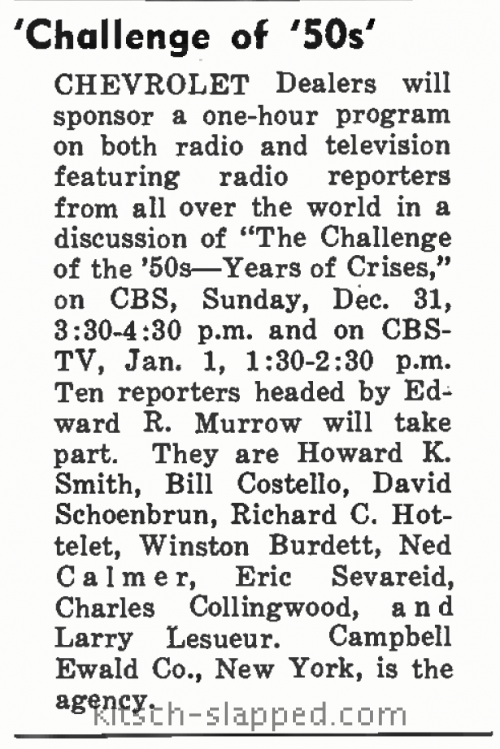 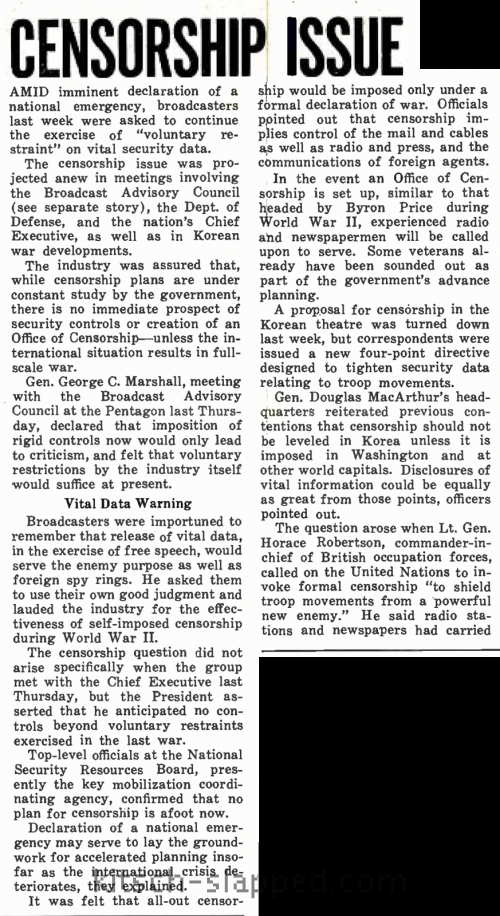 On Sunday, I posted a review of sorts about an article titled People turn to education when times are tough, by Eric C. Rodenberg, which was published in Antique Week (February 2, 2009 edition). But that’s not all I have to say on the subject. 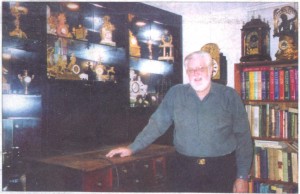 (Discovering that Broward County website was not easy; Rodenberg’s article credit’s Cohen’s own site, www.antiqueclasses.com — which is stupidly constructed in images & flash, so that while Cohen will likely not enjoy what I’m about to say, he should console himself that there’s some text pointing to his website which is in desperate need of being found due to it’s own lack of text.)

Anyway, Rodenberg believes that Cohen “may best be described as a ‘scholar’ of antiques.” Something which puzzles & frustrates me. As you’ll soon see.

You might want to get a beverage and settle in for this rant. Go ahead; I’ll be here when you get back.

After the blah-blah-blah of Cohen’s background and current instruction in the field, we get to this part, which concludes the article:

In large part, Cohen maintains he is responding to a very basic need — accurate information — which, he believes, is lacking withing the antique industry.

“Invariably, when anyone buys something from me they ask, ‘what is the story behind this,'” he says. “It’s just human nature — people want to know the story behind a relic they may buy. And, in the past, that’s just what the dealer and the auctioneer has given them, a story.”

Given the proper tools, Cohen believes the dealers and auctioneers can do better. And, sometimes he believes the “instant gratification” of receiving information from the Internet is detrimental to the trade.

Opening the mysteries of the antique world is not an event, he seems to say, but a process. It may be a process that repays those who are knowledgeable in many ways.

“I find the beauty of antiques in the art, history and the physical properties of any one piece,” he says. “And I believe you cannot make a good decision without that background … an educated consumer is the best consumer.”

And the most satisfied.

And here’s where I defend my beloved Internet.

Not just because I love & live on the Internet (if you cut me, do I not bleed in pixels?), but because there’s so much that’s just plain wrong in what Cohen believes.

So much wrong that I don’t know where to begin…

And let’s not ignore the irony of a man who believes in “accurate information” vs. “a story” yet offers no facts, data or information in support of his own theories — in fact, let’s begin there.

I can draw an over-simplified illustration as a visual framework for a hypothesis on a chalkboard. Really I can. But no matter how artistic &/or convincing the drawing is and no matter how much I fervently believe what I am describing, neither the chalk drawing nor my passion for my own point of view makes it true. I’d really like to see the statistical data or any information gleaned from actual research on the reliability of information on the Internet versus any other medium.

If Cohen — or anyone else — is going to say that the self-publishing aspects of information presented on the Internet equates somehow to a general inferiority when compared to other forms of media, I’m going to, again, ask for proof — and then point to errors made in print. (Anyone else thinking of the fiasco that was A Million Little Pieces?)

Human error (and manipulation of the facts) runs as far back in history as humans themselves do.

In fact, as a researcher, I’ve run into this problem so often than I am loath to trust just one source — even when it’s a publication both from the time period being researched and one you should trust, like the manufacturer’s own catalog. They had printing errors (wrong stock numbers, missing models, good old typos, etc.) back then too, you know. And then, as now, if I’m reading a magazine or newspaper from 1950, who knows if they printed a retraction or correction in the next issue? (If I have the next issue, or access to a copy of it, you’d better believe I scour it for corrections and retractions — buried as they may be.) When reading second (or third, etc.) hand accounts, who knows how trustworthy anything is? Too many people have trouble understanding satire now; that’s probably always been a big issue…

Anyway, good researchers & journalists (professional or hobbyists) present and report their findings to the best of their ability, siting sources where they can, regardless of where the information is to be shared. The bottom line here: No method &/or means of the message’s delivery is inherently more (or less) likely to be rife with misinformation than another.

I’d think any scholar would know such a thing; conversely, I’d expect a person labeling another a “scholar,” to consider just what incongruous & unfounded things the person was saying prior to giving him or her that label. Yes, I’m speaking to you, Mr. Rodenberg, self-described “old newspaper man.”

I’m starting to wonder if anyone in this piece is interested in providing accurate information.

If Cohen’s reference to vast amounts of inaccurate information on the Internet was in regards to antique & collectibles sellers on the Internet, I again, ask for any data to that claim.  I haven’t even heard of any studies regarding fraud or inaccurate antique and collectible sales on the Internet vs. “brick ‘n’ mortar” shops.  “Bricks” don’t imply a more educated dealer than one found by “clicks.” (And, should you be at all alarmed about “bad sellers” on the Internet, please note that in the US, you’ve got fraud protection from the FBI — please see my article here — which is likely more coverage than you have with your local antique shop.)

On to the next point.

When it comes to the amount of information on antiques and collectibles available worldwide (the quantities of which, neither “real world” nor Internet, have been established) I would be very surprised if, at least in some areas, there wasn’t more of it available on the Internet. I don’t have any statistical data to back up such beliefs — but I am at least willing to provide a reasoning for them.

When it comes to media, books have been considered the least expensive when compared to film & television. Certainly, one can argue that other print publications are comparatively inexpensive as well. But in the age of the Internet, the Information Age, clearly digital pixels are even cheaper.

So while a more traditional (i.e. print) publisher may balk at publishing a work with such a small audience as say “magazines from the 1920s” — insisting that the work focus on a broader subject, such as magazines across several centuries — the author (dedicated researcher/obsessive collector) is literally free to publish on the Internet, where she will reach her audience, no matter what its percentage of total Internet readers.

In other words, works that wouldn’t be printed (or perhaps, with self-publishing books as a greater possibility than ever before, it’s more accurate to say such books wouldn’t be printed, marketed, and distributed), may be published on the Internet. Blogs immediately leap to mind, naturally, but there are many options. And with scanning and image uploading, these digital resources have no limits (save for the dedication of the person doing the work) on the quantity and quality of the illustrations, photos and digital image displays; something many publishers curtail for various (monetary, copyright permissions, etc.) reasons.

As a result, you can find blogs, pages, websites and entire communities dedicated to topics so tiny & obscure that you can’t find the information, let alone the visual representation, anywhere else.

Additionally, there’s the issue of access. Not all of us can get our hands on fragile old tomes & publications — not even the more modern copies on microfilm &/or microfiche. But here on the Internet we can see, share and communicate directly with one another — even correcting one another, as needed.

It’s not always about cheap “instant gratification,” buddy; it’s about access and collaboration. At least for those of us dedicated to our antiques and collectibles.

If Rodenberg was accurate in summarizing Cohen as saying that “opening the mysteries of the antique world is not an event, but a process,” then it was silly for either gentleman to ignore or diminish the value of both the hobbyist & the Internet in that process. The hobbyist, the amateur historian, the blogger, the passionate collector (however you identify yourself) and the Internet propel this process of opening the mysteries of the antique world.

If nothing else, we’re the ones who buy (subscribe) & read the very paper this damn article was published in.

Want more irony points? All this Internet-bashing was said in the guise of education — “an educated consumer is the best consumer” — yet they themselves are providing those consumers they reach with misleading information, if not complete mythinformation.

And now for the ultimate irony.

Years from now, when surviving (digital or print) copies of this issue of Antique Week article are discovered by future collectors, they will suffer from the false illusion that way back when, in 2009, the Internet was loaded with inaccurate information — that only a “pinpoint of chalk” of it was true.

They won’t (unless this post survives — and isn’t discounted by the researcher of the future!) know that neither Cohen nor Rodenberg had any basis in fact for saying such things. They won’t know that they were just two men stuck in their old thinking, promoting what they thought saved their own livelihoods: Cohen his classes and Rodenberg his “better than the Internet” paper reporting gig. So the researcher of the future may just go ahead and publish inaccurate information — in the most reliable & legitimate of publications of his time, yet.

If anyone here is just “telling stories” about antiques & collectibles, it’s these too men, Cohen and Rodenberg.