It seems my thoughts about autobiographies, biographies, and memoirs have some scientific backing. At least in terms of the memory part.

Researchers at Chicago’s Northwestern University looked at the exact point in time when incorrectly recalled information was implanted into an existing memory. The study, How your Memory Rewrites the Past, is broken down simply by The Independent:

The team found that memory rewrites the past with current information, updating recollections with new experiences. This form of editing happens in the hippocampus, working as the memory’s version of a film editor or special effects team.

Not that this helps with the problem of wandering into the kitchen and not knowing why I went there… I guess that’s for another study. 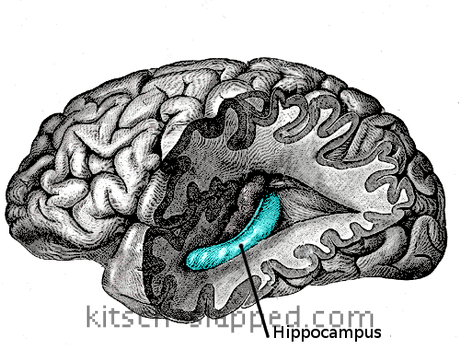 I am absolutely fascinated by Adair Jones‘s debate on the following question: “Was George Eliot’s late marriage a resignation from being a strong-minded woman?”

I haven’t read the works under discussion and, embarrassingly, my knowledge of George Eliot wouldn’t fill a thimble — but that doesn’t put an end to my opining. For it’s not the “did she or didn’t she” of the argument which has me most fascinated, but the “how” of it all…

Once there was a school of thought that held that autobiographies were superior to biographies; a person is the only one who really knows their own life, no amount of research can replace that. Along the way, the sub-genre of memoirs was created in order for a person to be able to tell a smaller story, the story of only a chapter or two in their lives as opposed to the whole story. Memoirs were greatly discredited in the whole Oprah-Frey fiasco. None of that memoirs stuff is of importance here; but memory is.

You see, I don’t remember things by dates. I have a linear concept of time, but dates are not my thing. And time itself passes unevenly for me — for most of us. My children, for example, grew up overnight despite those sleepless nights which I thought would never end. Time waiting for a child in a counseling appointment without a book vs. the same one hour appointment with a book, well, you know how that goes. And then there’s the matter of memory…

What I remember and what my husband remembers about things we’ve done, conversations held, etc. clearly exposes problems with perceptions. What I consider significant, he may not; and vice versa. And I, like many people I am told, often walk to the kitchen only to wonder why I went there.

Memory is a twisty thing.

So how reliable am I in terms of writing my autobiography?

I’m guessing not good at all.

So would the biographer be better?

I swore I wrote about (some of) this before, but I write so many places that if I did, I couldn’t find it; if I do find it, I’ll update with a link. [Note to self: you’re loosing your mind.]

But that is, in part, precisely what I’m talking about. If I were writing my own biography or memoir, I might just reference something I believed I wrote. And even upon being unable to produce it, would swear it was misplaced (or, if I’d grow even more paranoid, claim it was stolen). I’m that convinced I did it. Even if I hadn’t included that tidbit in my autobiography, some researcher pouring through my personal effects, correspondence I’d written over the years, etc. might just find that I’d penned a letter in which I swore that I had written on the subject. Perhaps I’d even accuse a person of the theft of it. This poor researcher / author would then have proof of my presumption, but not what actually happened.

And this is only one example which is far more cut and dried than other realities… The article or written work exists or it doesn’t; my faulty memory may be found out due to evidence one way or another. But what of my motivations?

What if I insisted I wrote something, knowing I did not, but wished to claim the work of someone else? What if I hated someone so much I convinced myself the story was true, could even pass a lie detector test because I, in fact, believed what I was saying? Maybe I did believe it so much because I was unable to be truthful with myself about my own actions?

We all tell ourselves lies everyday. Just to get through the day. Most of them aren’t so big and bad as accusing someone of theft. We usually don’t lie to hurt others but rather to protect ourselves. We lie to ourselves about the deeper things we cannot face, little and big vanities alike.

Whatever George Eliot aka Mary Ann Evans aka Mary Anne Cross writes to her friends she is also writing to herself. She has her reasons as much as her denials to motivate her. And so, even a historian with access to public and private works, letters and diaries, is still limited by the memories and motivations of their subject.

Did Eliot consider her last marriage an act of dependence? An independent or vain act that would ensure her legacy? Was it just easier to count on someone in her old age, easier to tell people that, or what?

It’s intellectual fun to pluck at the strings left behind, like clues leading to the the ball of yarn that is a hero’s psyche. But we don’t know. We cannot read their soul.

This is why we have so many biographies. Even after the memoirs and autobiographies (with and without the help of others), even after hundreds of other biographies, there’s still room for more.

Some people who count such things say there are 600 books on Marilyn Monroe alone — with new releases each year. Because she continues to fascinate us. Forget the suicide-or-murder debate; forget the motivations, cover-ups, bungles, etc. of other people; we can never know what went on in Marilyn’s head or heart because no one, not even her contemporaries and confidants, knew that.

It’s a realization that we cannot ever really know anyone.

And so we continue to read, investigate, interpret, what we can. …Still hoping we will find The Truth.