In 1857 (a year before Darwin’s The Origin of Species), creationists Dr. Josiah C. Nott and George Gliddon published Indigenous Races of the Earth, which included illustrations comparing the skulls of “Greeks,” “Negroes,” and Chimpanzees to suggest black people ranked between white people and chimps. All copies of Indigenous Races of the Earth were pre-sold before they were even printed and the book then went on to become one of the best selling books of the time, including being published in many languages. 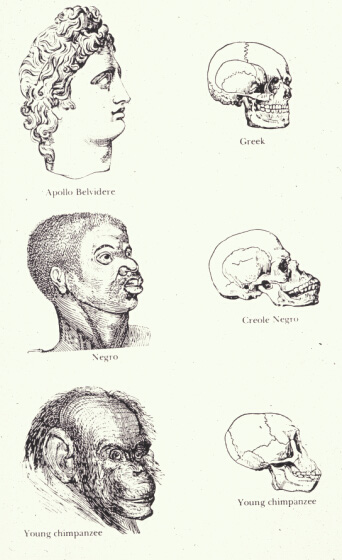