Over the years, we’ve heard many romantic stories from our passengers – everything from meeting their future spouse onboard a Princess ship to unexpectedly reconnecting with someone with whom they develop a new relationship – and so we’re launching a search to find as many of these heartwarming stories as possible.

So why would you confess such things as bumping into an old flame & rekindling a romance aboard a cruise ship, or, a la The Love Boat, hooking up with the ship’s doctor — let alone have them published on the Princess website?

Well, Princess Cruises says it’s for the love of romance — and the prize. (The winner will receive a seven-day Princess cruise to the Caribbean, including airfare.) But I think it’s the opportunity to have Captain Stubing judge your love exploits at sea. 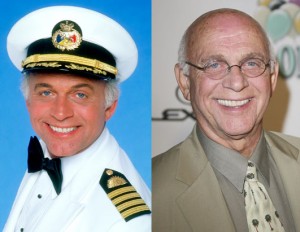 That’s right, one of the judges of this contest is “Princess’ well-known ambassador and member of the line’s ‘Department of Romance’,” Gavin MacLeod.

I’d like to win a free cruise — who wouldn’t? But I’d really like to impress Captain Stubing. (Maybe enough, along with all the other stories, to reignite a campaign to bring back Love Boat; oh, the many happy nights of watching, giggling, dreaming about Isaac, “My Bartender.”) At least that’s why I would enter — if I’d ever been on a cruise, let alone a Princess Cruise. Donations accepted. 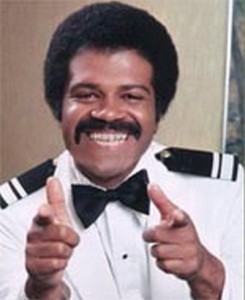