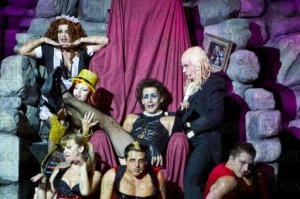 The entire Halloween Horror Nights event at Universal Studios Hollywood has been re-designed for 2009 — including a Rocky Horror Picture Show tribute which begins a 16-night run on October 2nd.

The Rocky Horror Picture Show is more than a film, it’s become a cultural touchstone in American entertainment and this new attraction is yet another testament to its strength. This tribute extends our relationship with Universal Studios Hollywood, which continues to do a great job translating our properties for live audiences.