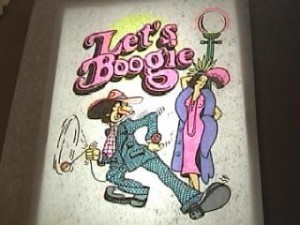 Back in the day, you couldn’t go to a mall and avoid a visit to (or the smell of) the t-shirt shop.

There you could select your t-shirt style (ringers were de rigueur, but then the baseball shirts with contrasting sleeves came in — oooh!), get your size, choose a color, pick out the funkiest iron-on, and even have it all personalized with letters (including glittery & puffy versions) spelling out your name.

Ah, those were the days, my friend…

Sure, now you can use your computer to design your own graphic and print it out at home on some iron-on paper and iron it on yourself (if you even own or can find your iron), but it’s not the same. 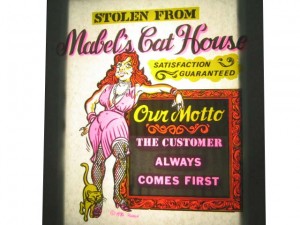 Don’t argue with me; it’s not the same, I tell you!

The 70’s were the Golden Age of Iron-Ons.

There were rock iron-ons, iron-ons with drug references and slang (that you had to be cool to ‘get’) — all sorts of stuff.

But the best, the most memorable, were the risque & down-right lewd t-shirts which had designs running the polarized gambit of responses to women’s liberation. You had sexist men, trying to exert their dominance through sexual bravado, sometimes cloaked as jokes, one one end; and on the other end, women trying to make their point that they were equal & could be dirty too. 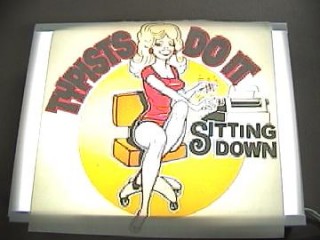 I’m not sure that Typists Do It Sitting Down was exactly liberating or showing support of the ERA (more likey to feed the naughty secretary mythology), but, hell, they were worn by the libbers at PTA meetings — I mean literally worn at PTA meetings. 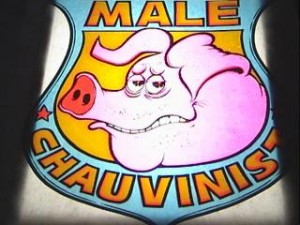 Sometimes a chauvinist pig & a demonstrating libber had on the same shirts. Was “Sex is Like a Bank Account, as soon as you make a Withdrawl, you lose Interest” supposed to be sex positive? Or was it ironic? You didn’t always know…

I’m pretty sure a lot of the adults wearing them didn’t know either.

I’m sure part of the reason so many of these iron-ons and finished tees were seared into my brain as if the press-iron had melted the plastic goo-graphics into my brain had a lot to with my age. 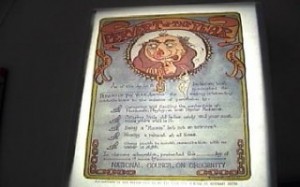 Being a teen-aged girl standing behind a guy who’d just made/bought a “mustache rides” tee — who smiled at you just a little too long — makes you understand the classless menace even if you don’t know what that sort of ride is… And then, when a friend’s older sibling tells you what it means, you die another special little death.

But what’s really surprising is to look at what’s left of these original retro iron-ons and realize just how many you don’t understand. It’s not just that I don’t recall seeing them before; I honestly don’t understand them. 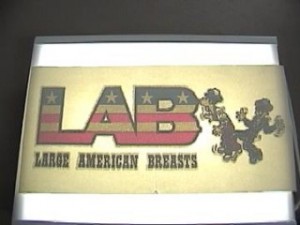 Like “LAB Large American Breasts” — was that for men or for women? The nipples on the ‘B’ indicate, a large American no. And was “LAB” supposed to be a parody of another LAB? The League of American Bicyclists? The Liberation Army… Uh. I don’t know.

But what about this? If “The more I know MEN… The better I like my DOG” was an iron-on for woman to wear, does that mean “The More I Know Women… The Better I Like My PUSSY!” was for men? Um, that iron-on doesn’t really transfer — the concept, I mean (I’m sure the image went/goes on a shirt fine). …There aren’t any rainbows or triangles to signify any LGBT significance. 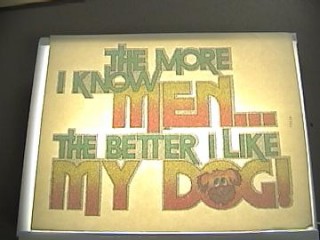 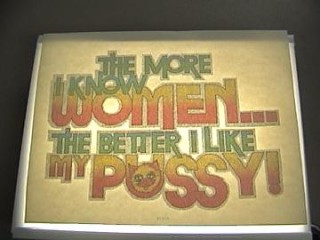 Maybe I’m just too obtuse. Or too cerebral… This was the 70’s. I probably shouldn’t expect a lot.

But I want to add these iron-ons to my collection. That way, as usual, I’ll have some time to ponder the individual messages and their part in the collective message — and maybe that will help me make more sense of it all. Maybe. 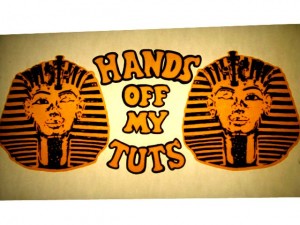