On a recent visit to Fargo’s Antiques On Broadway, I spotted this vintage lighter (still in the box) advertising Jay Herbert of California and the stylized name looked familiar… 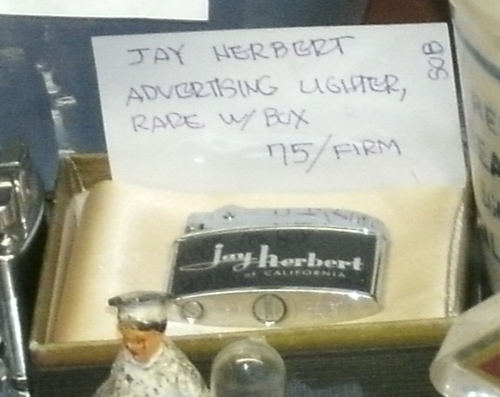 A quick image search on Google, and I received the instant gratification I sought: vintage fashion labels for Jay Herbert of California. 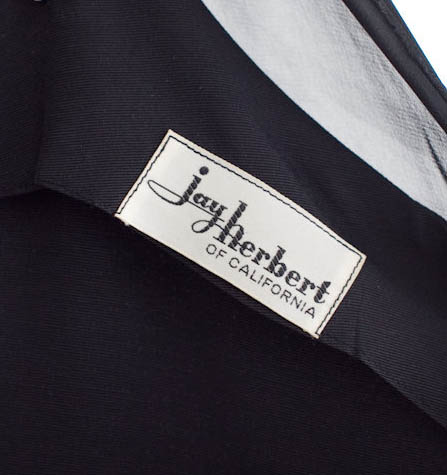 My favorite is this fancier version in which the scroll work at the bottom somehow remind me of scissors. It still holds it’s logo value today, for somehow, in all my perusals of vintage fashions over the years, I retained the sight of it enough to recognize it on the lighter. 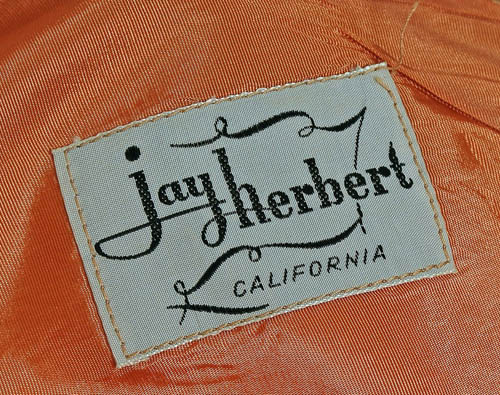 If I had to guess, I’d say the fancier labels are the older ones. But it would only be a guess. For aside from department store ads in old newspapers announcing the Jay Herbert of California brand, there’s scant information available on the fashion house.

One thing is for certain, though: Jay Herbert was not a fashion designer or even an actual person. Buried in a precedent setting legal case regarding the definition of an employee (at least for tax purposes), I discovered that Jay Herbert of California was the business name of partners Herbert Owen and Joseph Silverstein who “engaged in the manufacture and sale of ladies’ dresses” in 1960.

That technically means that references to Jay Herbert as a designer are false.

But there’s even more ambiguity…

It appears that Jay Herbert of California began appearing in vintage department store advertisements in the late 1950s but by the mid 1960s they fade away… And decades later, in the 1980s, the name Jay Herbert appears again — on handbags and wine caddies — but now simply as Jay Herbert, New York. 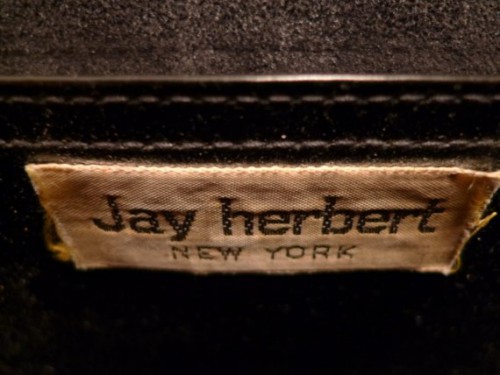 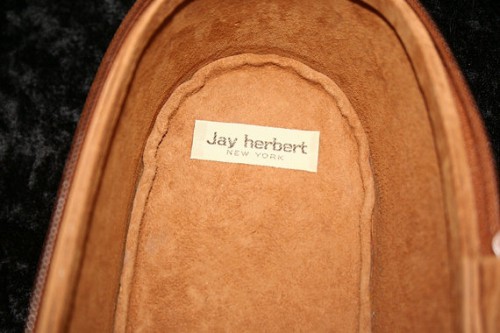 I’m rather smitten with this vintage or retro Jay Herbert New York handbag.

I’m not sure if this Jay Herbert, most known for their coveted quilted Chanel-inspired handbags, is related past anything but name. Trademark searches show no records for the name Jay Herbert, Jay Herbert of California, or Jay Herbert New York. The name could have been sold, licensed, or, having no protections, even just capitalized upon as having some recognition with retailers.

More contemporary handbags appear with metal tags bearing the Jay Herbert name and metal “coin” logos — but these handbags and purses are “by Sharif.” 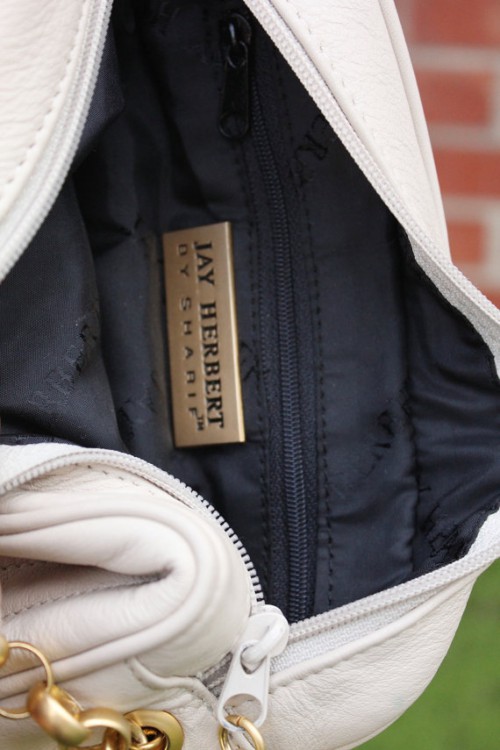 Sharif, like Cher, uses only one name. The designer bags are sold mainly (if not only) on HSN. The designer incorporated as Sharif Designs Inc. in 1979, but it has a family history dates back to 1827 in Egypt.

Personally, I prefer the vintage bags over the new ones, and the vintage fashions even more. But it’s the vintage labels and logos I love most of all.

I hope this helps you with your Jay Herbert shopping and collecting. If you can add any information, please do!