But I actually quite like this vintage Scandale lingerie advertisement with artwork by Edmond Kiraz. 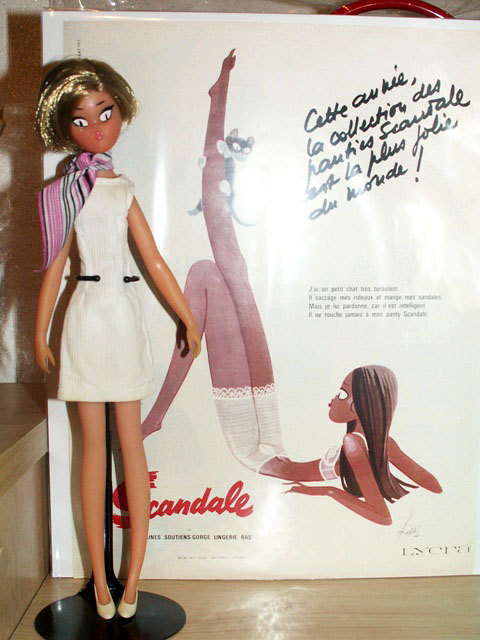 Impossibly long legs don’t bother me — when they are part of fashion illustration. As Slip of a Girl writes, “Illustrated ads do not run the risk of starting or perpetuating body dysmorphia or forms of self-hating body loathing because we know they are illustrations — no one looks like that. But we can pretend to…”

The female depicted as feline, while cliche, isn’t a real bother either; women have relationships with cats, like it or not.

But perhaps the best thing about this vintage ad is what I learned: Kiraz made dolls. Fashion dolls based on the artist’s Les Parisiennes series, to be precise. What Kiraz himself calls the “effigies of his work made by Birgé-Jopo”. 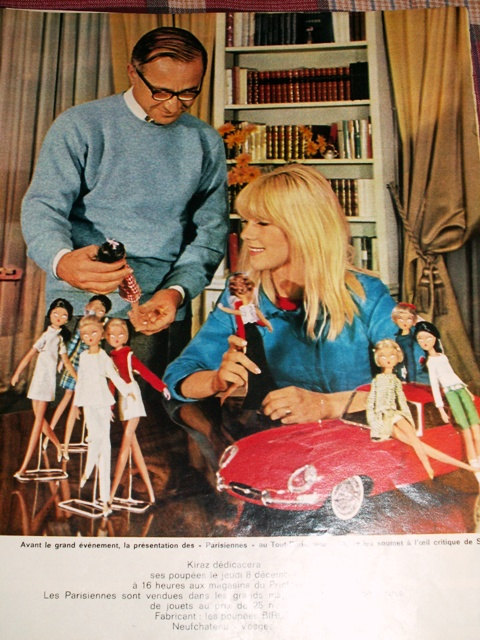 , these 15 inch tall French fashion dolls seem to have only been made for one year, in 1967. That makes these little gems difficult to find. And playing hard-to-get does so turn me on as a collector. I am now on the look-out for these vintage vinyl fashion dolls from France. The ones with the round faces, cat’s eyes, and impossibly long and slim legs. So period. So fascinating.