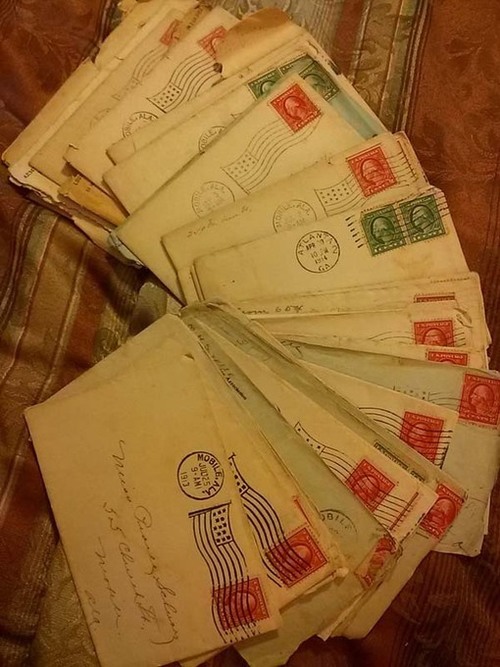 While searching through the attic of his father’s house, a son came across boxes of old items. The most interesting were piles of love letters sent from a man named Max. From 1913-1978, Max and Pearle wrote each other. All his letters begin with “My Sweet Pearle” and end with “Forever yours, Max”. These letters were supposed to have been burned when Pearle passed away in 1980, but the family didn’t honor those wishes, and one of the greatest love stories began to unfold.

In 1911, a woman named Pearle Schwarz met a man named Maxwell Savelle at the Country Club. They fell madly in love. Unfortunately, Maxwell would not convert to Judaism (his parents were Southern Baptists) and so they could not be together. They went their separate ways – Maxwell went into the Navy and Pearle continued to pine for him until she died. She never let go.