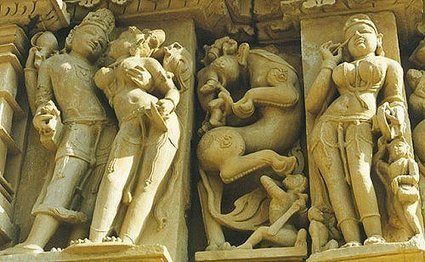 The Devadasi, a centuries-old caste of sacred temple priestesses, struggles to have it’s own renaissance. One woman leads the way…

The origins of the practice are often disputed, but historians agree that in India by the 10th century this caste of sacred temple servants enjoyed great wealth & property as signs of respect & clout.

Considered married to the Hindu deities, the Devadasi were talented dancers, singers & even viewed as political advisors. At the core of Devadasi faith is the belief all men are incarnations of the male deities & so in addition to performing sacred temple ceremonies, Devadasis offered sexual services. In the act of making love, a man & a Devadasi enact the sacred marriage of god & goddess which therefore allows them to become divine themselves.