If you are a fan of Vikings on the History Channel, then you’ve probably fallen in love with the tv show’s theme song.

The song’s official title is If I Had A Heart and it is by Fever Ray.

You know how sometimes theme songs are changed, edited, or cut so short that the TV version is nearly unrecognizable? Well, that’s not the case this time. While If I Had A Heart is much longer, it is only more enchanting, even more moving than the few seconds we get with the television show’s credits, — especially when you can make out the lyrics.

This will never end
‘Cause I want more
More, give me more
Give me more

This will never end
‘Cause I want more
More, give me more
Give me more

If I had a voice, I would sing

If I had a voice, I would sing

I don’t want to further blow your mind, but you should also watch the official If I Had A Heart video. It’s not really about Vikings either — but it is stunning.

Once I watched the videos (a number of times), I purchased the If I Had A Heart MP3. Then I watched the video for Seven, and I quickly realized it was more economically prudent to buy the Fever Ray (Deluxe Version) LP than to fiddle away buying single MP3s by Fever Ray. I”m loving it! Let’s see if Seven sells you on Fever Ray to: 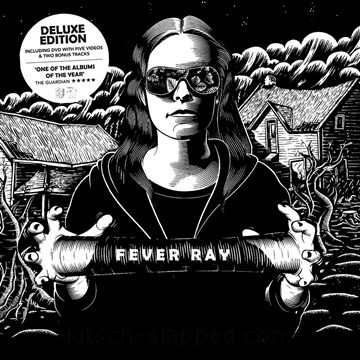