All I know about this vintage photo is what the seller

No one seems to know who the lovely Karen is… Not even TCM.

While the “Lovely Karen” isn’t quite in the buff (at least not here), I’m thinking fans of nudies also know their sexploitation films. And I’m hoping buffs of in-the-buff can share what they know… 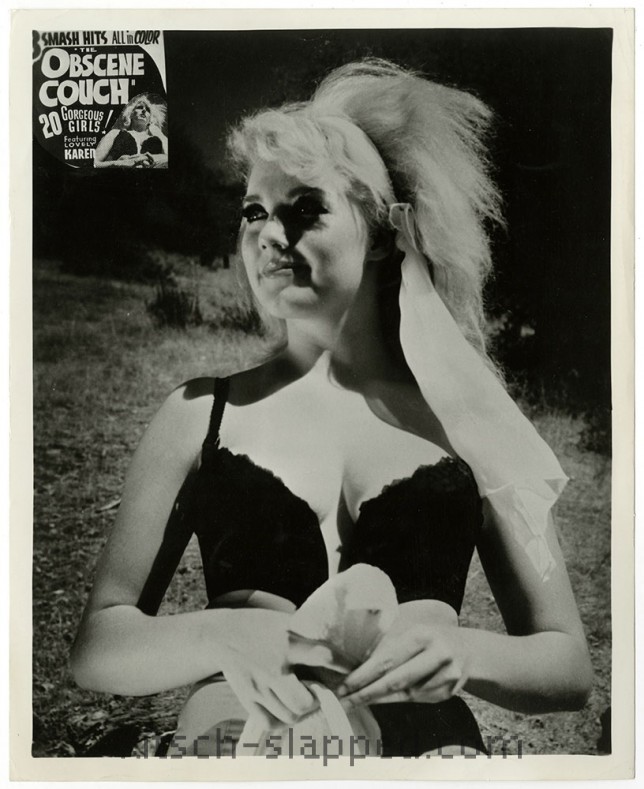