Teacups and Couture shows us the striking divorce jewelry by Gisele Ganne. 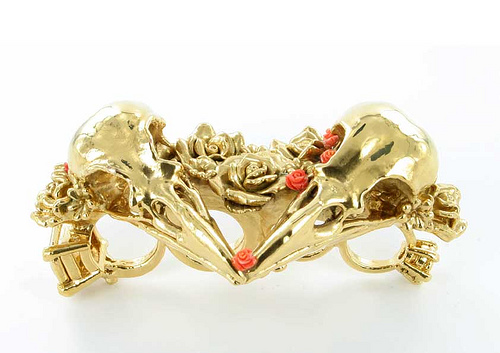 The jewelry, which many are calling “Gothic” and “morbid” really stems from the historical tradition of mourning:

Mourning or memorial jewellery has been worn for centuries, especially during the Victorian era where funerals and the events attached to burying, immortalizing, and remembering the dead were of much importance. Common symbols used in mourning jewellery included forget-me-nots, flowers, hair of a loved one, hearts, crosses, ivy leaves, and more macabre symbols such as skulls, coffins and gravestones.

I refer to these and expound upon them, glamorizing death to the level of Haute Couture Catwalk. I refer as well to other old or ethnic customs such as the Andaman (it is a little community in Bengal where the widow takes the skull of their husband after the burial to wear it as a necklace), urban legends as the Black Widow who kills her husbands for their money and historical events such as crimes, serial killers, and suicides.

OK, so it’s a macabre… and so perhaps Gothic and morbid fit too. But it’s also beautiful! 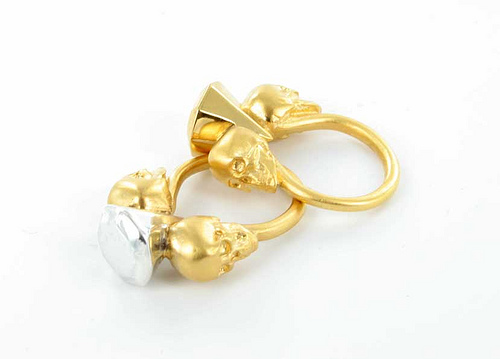 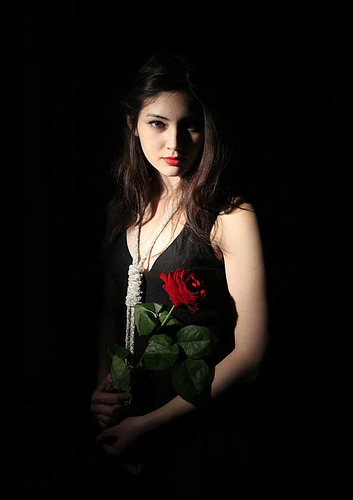 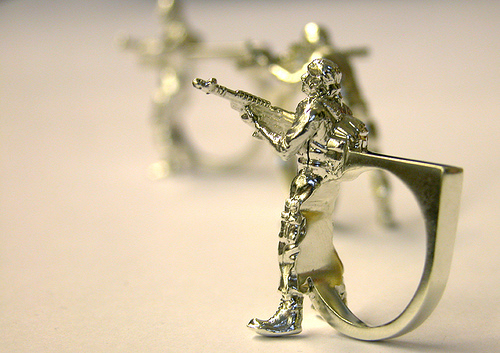 And her art has both spiritual and practical messages too.

But mourning is not just about dead people; it is also about dead relationships and decaying marriages. Today, 42% of marriages finish in divorce in the UK and 38% in France. My divorce jewellery refers to old and contemporary wedding customs to illustrate this sort of mourning. Being French, most of these customs come from France, such as the Bride Globe which is a present to the bride to put her bouquet and her crown after the wedding. All the decorations inside symbolize the union and give luck to the marriage. I use union and marriage symbols and subvert them to show the inevitability of the breakup, but also show that from these ashes may raise a new life. 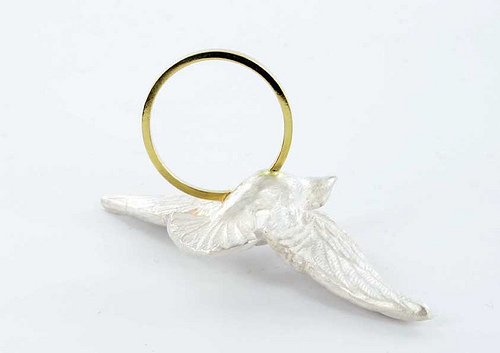 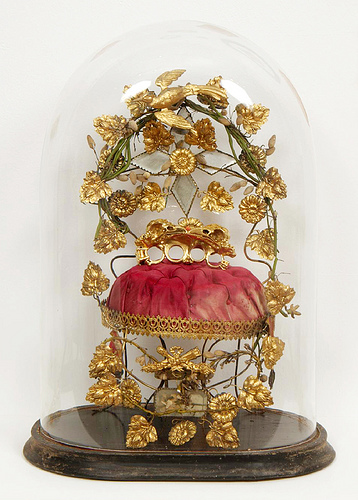