We Americans (at least those who watched NBC) had Marjorie Hellen, color TV “identification girl”; across the pond, BBC watchers had “Carole and the clown” test pattern. 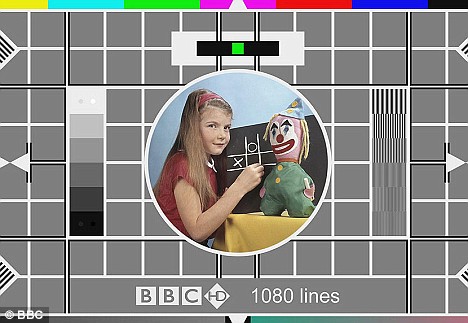 The test pattern, featuring eight-year-old Carole Hersee, was broadcast between 1967 and 1998, amounting to 70,000 hours of screen time — and in January of 2009 that test pattern returned. The BBC has rescanned the original transparency in high definition to help consumers set up the latest TV sets. 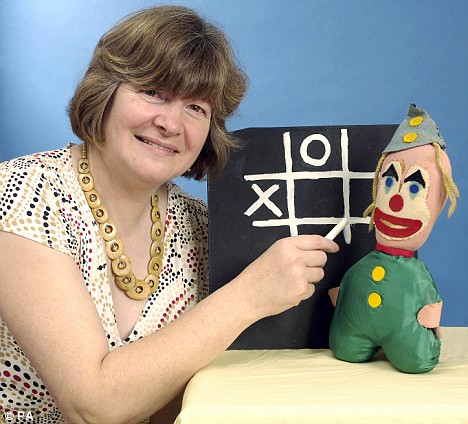