I watched Almost Golden: The Jessica Savitch Story, starring Sela Ward, tonight. During commercial breaks, I Googled Jessica Savitch. To my surprise — and major disappointment — there’s not really any website devoted to this groundbreaking woman who earned four Emmys, an Alfred I. DuPont-Columbia University Award, and election to the board of trustees at Ithaca College.

If you start at Wikipedia (and I never trust Wiki completely, so please only let it be a starting place), the entry on the anchorwoman pretty much follows the made for TV movie. The Accuracy Project has basic bio info, but leaves a lot to be desired as it really only presents corrections, and a handful of them at that. And there’s this bio by Abigail Griffith (Spring 2008).

Reading all of those, there are odd discrepancies which mainly center on Donald Rollie Payne, a gynecologist in Washington, DC, who was Savitch’s last husband who committed suicide on August 1, 1981 by hanging himself in the basement of their home. Abigail Griffith says that Payne “committed suicide after becoming aware of a diagnosis of incurable cancer,” while Wiki says he was a “closet homosexual.” I don’t suppose that matters much to most of us, but I’m certain these things mattered to Savitch and possibly say a lot about her (continued) relationship choices.

For something that fills in more gaps, you can try this archived article from People magazine on Savitch’s death.

And in 1988, five years after her death, a Current Affair episode in which Savitch’s family calls Gwenda Blair’s book lies:

(Worth watching for so many reasons — we can discuss in the comments!)

But for my money, the most insightful piece about Jessica I found online was this article written by Maury Z. Levy when Savitch was still a broadcaster in Philadelphia.

Since her death, Jessica Savitch’s been inducted into The Broadcast Pioneers of Philadelphia’s Hall of Fame, and the Park School of Communications at Ithaca College hosts a Journalism Lecture Series in her honor as well as named an on-campus television studio in her honor. There should be some sort of official website in her honor.

I bet Jessica would have loved the Internet, even if it/we would have had a field day of speculation and fun at her expense with the gaffes (largely exaggerated in the movie and historical footnotes) made on her last broadcast — just 20 days before her death. So someone, give her her due. 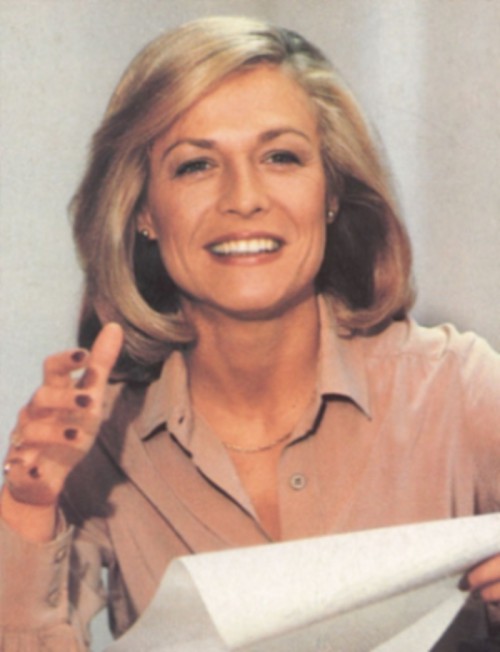