Despite what the official website doesn’t say, Jay & Silent Bob Get Old will be here in Fargo on March 6th — I know, ‘cuz we got tickets! 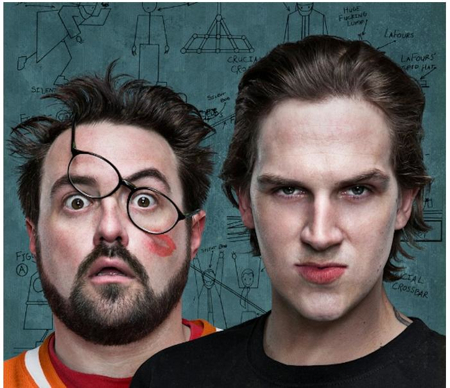 Jason Mewes and Kevin Smith will be at the Fargo Theatre to kick-off the 12th annual Fargo Film Festival. (Yes, we have a film festival here in Fargo; no, we don’t just watch Fargo.) If you can’t make the Jay and Silent Bob show, don’t worry; the duo will be recording a podcast during the Fargo appearance.

How about going to see Daughters Of Lot and making me green with envy?

Want to participate, more than just watch? The Bunker Hill Community College Art Gallery is seeking female artist/creators and collectors of kitsch from the Mass and Boston area for a group showing March 8 through April 13, 2012, called Everything But The Kitchen Sink: Women Create and Collect KITSCH.

Work sought in varied media including 2-D works; photography, printmaking, drawings, painting, digital video, 3-D; sculpture, installations, etc. that would be considered within the category of kitsch. …Acceptance of work will be ongoing until Feb. 29. Notification will be immediate upon receipt. For consideration of artwork to be included in promotional material, please submit artwork ASAP!

Those interested should contact Ms. Laura L. Montgomery, M.F.A., Director of the BHCC Art Gallery at 617-228-2093; or email montgomery@bhcc.mass.edu &/or artgallery@bhcc.mass.edu.

If that’s not your thing, it’s not too late to catch the gallery’s THAT’S A FACT: Young, Gifted & Black, a group exhibition of Massachusetts/Boston area African American artists under 40. Another cool Black History Month idea. 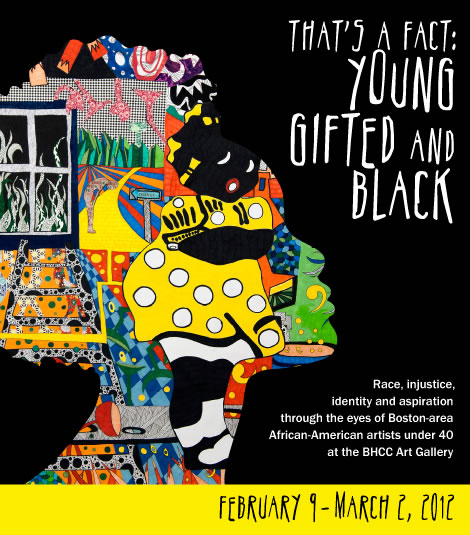