There’s been so much written on the history of women being liberated by bicycles (there’s even a new book on the subject: Wheels of Change: How Women Rode the Bicycle to Freedom (With a Few Flat Tires Along the Way)) that it difficult to believe that riding bikes decreases women’s sexual sensation.

As a feminist, I’ve often understood the old health concerns simply to be over-reactions — or outright orchestrations to limit women. But I bet some of those doctors are rolling over in their graves now.

However, this study would seem to refute the accusations that females on bikes were harlots. 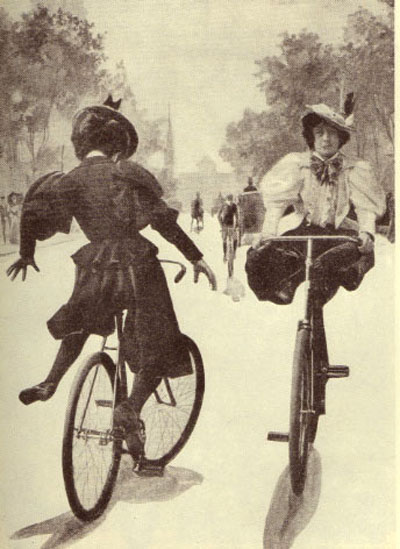