The “new woman” rode bicycles — and she smoked and likely even chewed tobaccie. So it makes sense that folks would advertise tobacco directly to her. In this antique tobacco ad, the angel of morality and the home is to be sold on the idea of getting said tobacco for her man — but it’s difficult not to find the “Battle Ax” name sending yet another message about how she should stop bitching about the gentleman’s use of tobacco products. Ad via my husband’s website, Dakota Death Trip.

A Great Big Piece For 10 Cents 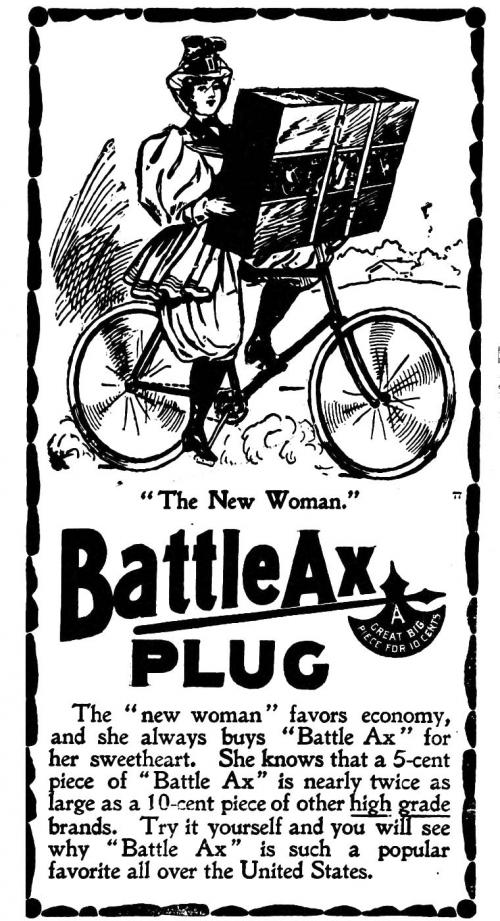