I’ve often viewed sexual objectification as a passive-aggressive thing. As in the human being objectified (most often a woman) is passive to the aggressive actions (usually from men). What clinches the deal and makes it textbook passive-aggressive behavior is how the perpetrators are so insistent in their disavowal and sullen in their complaints of being misunderstood. These vintage watches (from martonmere at Etsy) are the perfect illustration of such sexual objectification of women. Note how the male penis is the automaton, moving up and down as the watch ticks, while the females remain unmovable, unfazed, objects to receive. (Not to mention, the watches need winding, and this whole subject winds me up!) More on these sort of watches here. 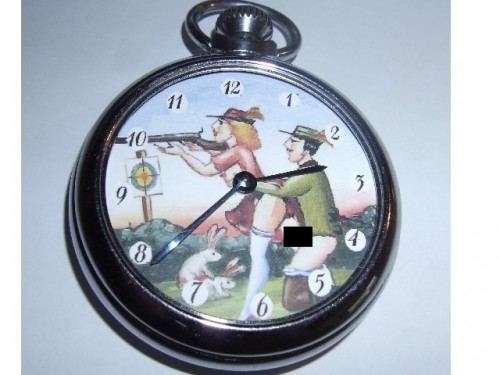 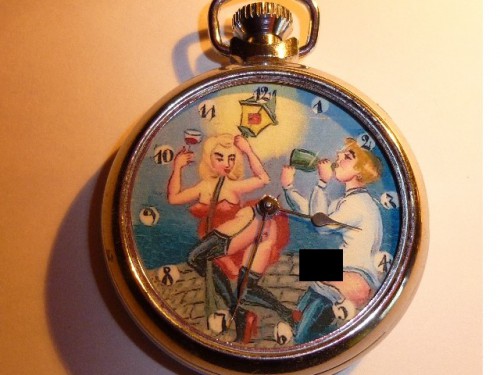 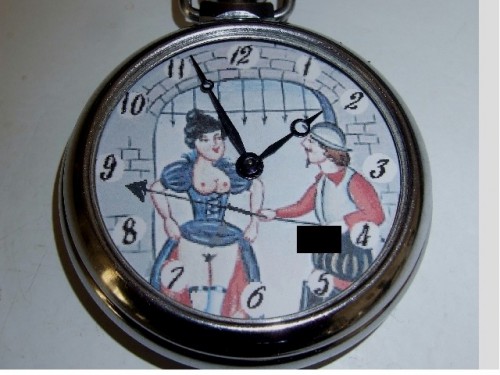