In 1977 I was 13, and I know use of the word “negro” was a no-no. But here’s proof it was not only said by ignorant white trash folk, but used to peddle dolls, doll parts, etc. A page of from the 1977 Standard Doll Co. catalog featuring “negro dolls” — alongside “Indian dolls,” a term which is still bandied about far too often (but then Native Americans are the most overlooked people in our country — and that’s saying something). 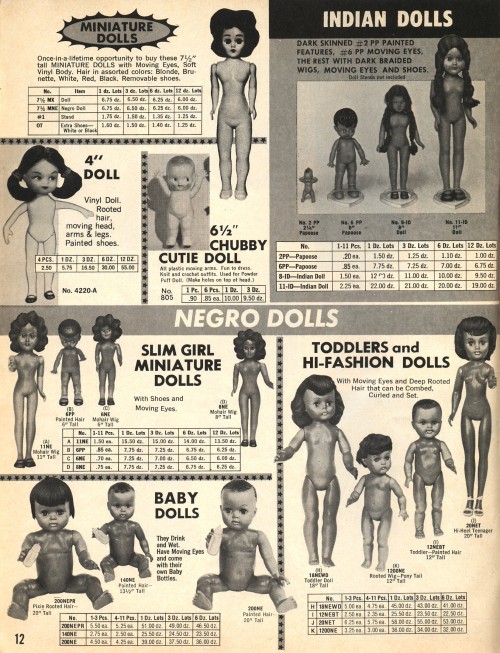