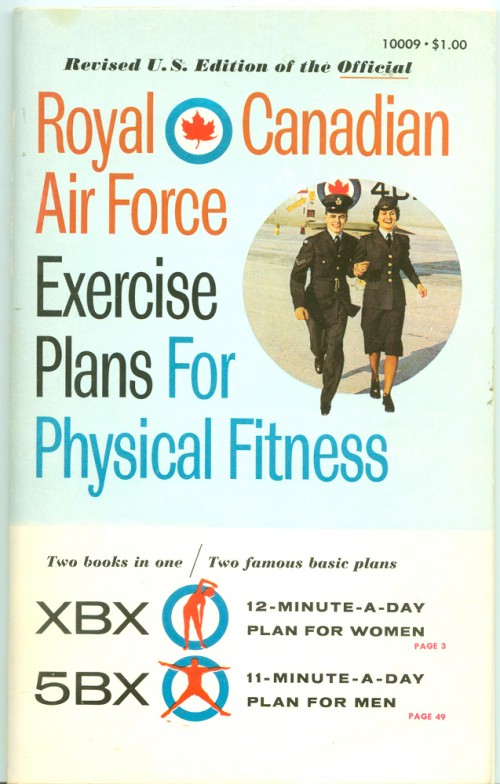 This edition is the forty-third printing of the revised U.S. edition of the official RCAF fitness plan, published in 1962. It’s two books in one, as it contains both XBX (Ten Basic Exercises), the twelve minute a day plan for women, and 5BX (Five Basic Exercises), the eleven minute a day plan for men, which were previously published separately. (Note, the “X” in XBX does not refer to the two x-chromosomes of women.)

The plans enable you, the common folk, to get fit just as the fancy airline folk do — by yourself, at home, in your spare time, at your own rate, without any equipment.

I can’t speak to the effectiveness of the fitness plan; however, the exercises, created by Canada’s “pioneer” of physical fitness, William A. R. Orban, look like the general movements, tasks, and poses I’ve found in so many publications over the years (none as bad as beating your fat against a wall). But I can and will speak to the quirky fact that the two fitness plans differ greatly in terms of how the exercises are depicted by gender.

The women’s exercises are shown with step-by-step photographs of women in leotards: 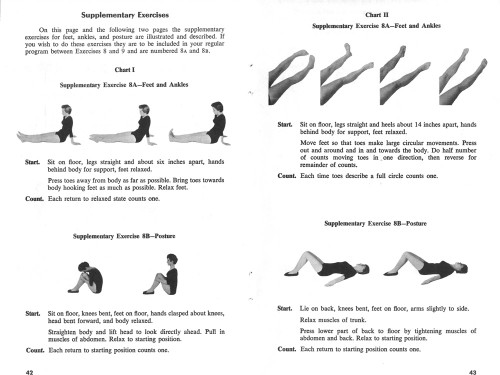 While the men’s are shown with cool, graphic, iconic, illustrations: 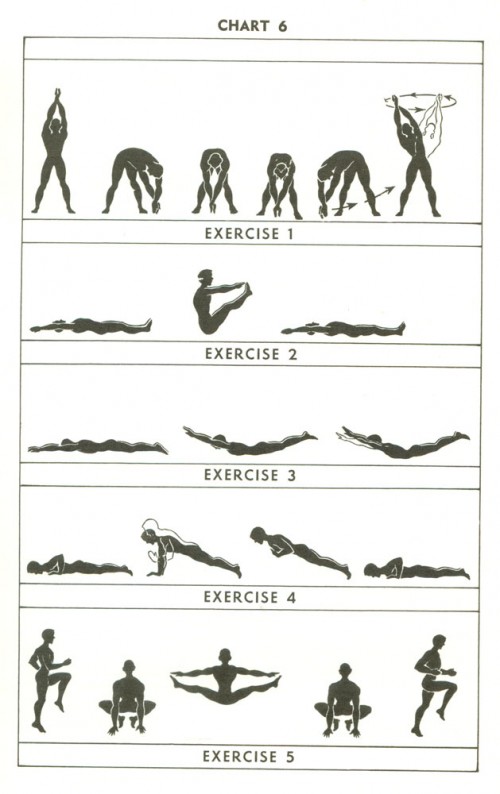 While it’s true that the men’s fitness plan predates the women’s by a couple of years, I still find the differences striking… Was one gender thought to be confused by less-than realistic images? Is the female form just more acceptable, if not titillating, when shown in photographs? Or was continuity broken because greyscale printing became cheaper or otherwise de rigueur?

Before you decide, let me just show you one more thing…

While the men get a great phallic graphic, we women are sans a powerful ovarian homage. 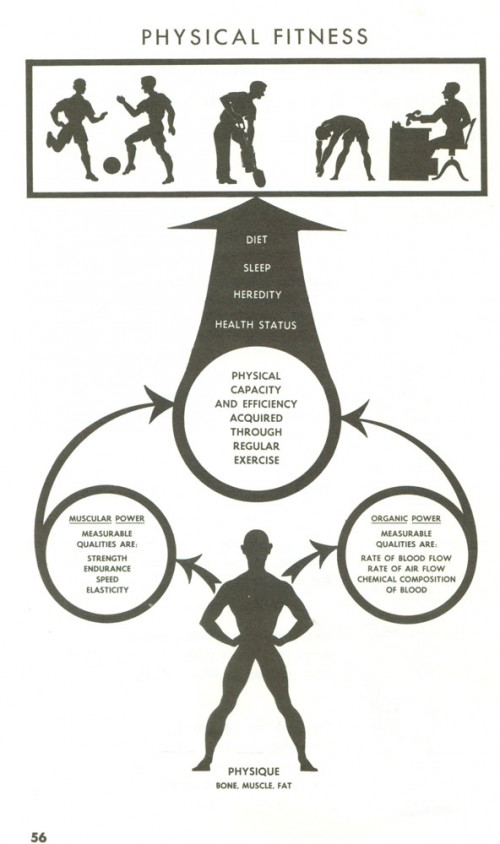