Today, February 28, 2012, Leaders from the Onondaga Nation and other Haudenosaunee leaders will travel to Washington, D.C. to file a formal appeal to their land claim, which was dismissed in court in 2010. And they will be bringing along with them George Washington’s Wampum Belt.

President George Washington had this belt made to ratify a treaty with the Haudenosaunee to end the quarrels between us. That together we shall live in peace, friendship and forever. 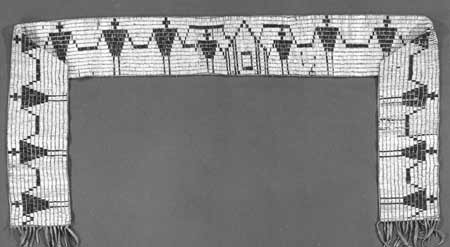 The Onondaga want the federal government to honor the treaties signed with the Onondaga and other Indian tribes and are hoping that by “bringing the history to the attention of the public, healing and justice may be found.”

A press conference, with the wampum belt, will be held at 9:30 AM in the Murrow Room at the National Press Club in Washington, D.C. — and it will be webcast live (I’m guessing that’s 9:30 AM, local D.C. time).