Buried inside the July 1974 issue of Psychology Today, an article which sheds some light on political movements in the United States. In Violence and Political Power: The Meek Don’t Make It (pages 35-41), William A. Gamson analyzes and discusses just what really affects changes in American politics. 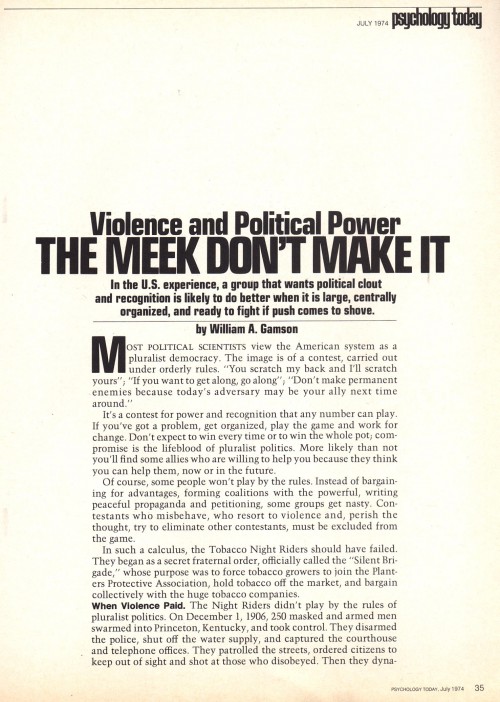 Some of the article is Activism 101, but still worth mentioning.

…a challenging group must demand some change that its own membership cannot provide. A Messianic group that offered salvation to members would not qualify unless the group wanted changes in laws or social institutions as well. 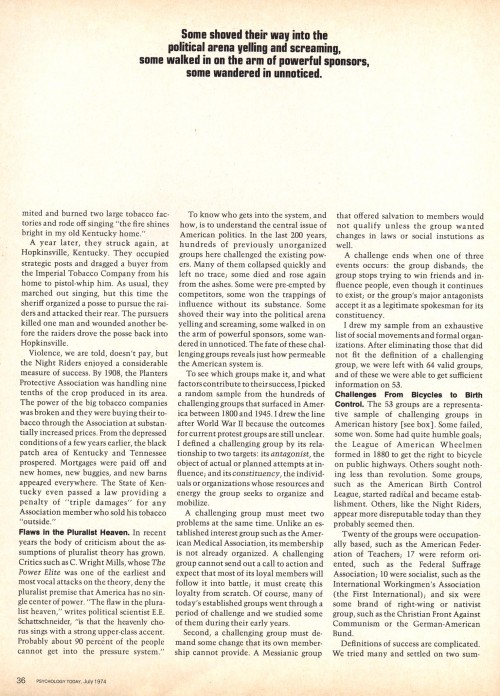 I keep re-reading this article in the context of “What happened to feminism?” If you believe there’s a problem with the feminist movement, and with related issues of sexual autonomy and sexual rights, it might lie in several key places. Is it too fragmented? Unclear in it’s goals? What will history show us?

What seems unlikely, even unlikable, is the fact that violence works.

The activist groups that fought back or, in some cases, initiated violence, had a higher than average success rate; six of the eight won new advantages and five of the six were eventually accepted as well. The nonviolent recipients of attack, however, lost out completely. None of them met their goals, although one, the Dairymen’s League, was co-opted.

Violence is even more certain to reap benefits when the group’s goals are limited and when the group does not aim to displace its antagonists but rather to coexist with them. When I eliminated revolutionary groups that aimed to displace the opposition, I found that every violence-user was successful in winning new advantages and every violence-recipient was unsuccessful.

Gamson clearly states that violence is “the spice of the protest, not the meat and potatoes” but it’s amazing how effective it is. When you read that in terms of the abortion issue today, it is too clearly true. I’m not advocating bombing back; but it certainly is frightening how effective Pro-Life violence has been.

He suggests other unruly acts with which Pro-Choice groups might fight back:

Violence is not the only kind of high-pressure tactic that brings success. Ten groups used other unruly strategies on their opposition, such as strikes, boycotts, and efforts to humiliate or embarrass their antagonists. 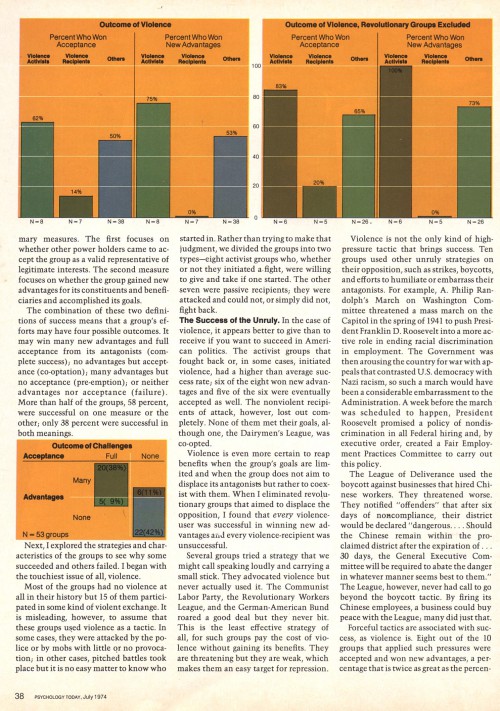 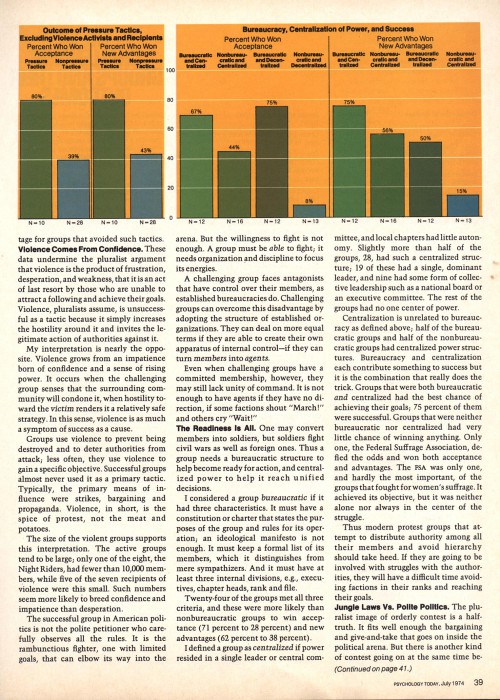 Challengers who try to play by the rules that members observe among themselves should realize two things. Insiders won’t apply their rules to outsiders, and outsiders, being poor in resources, have little to offer the powerful in an alliance.

Challengers do better when they realize that they are in a political combat situation. They don’t need to look for a fight, but they had better be ready to participate in one if the occasion arises. They must therefore be organized like a combat group — with willing, committed people who know what to do, and a command structure that can keep its people out of the wrong fight at the wrong time.

But this advice really only applies to groups with limited goals. I included revolutionary groups in my sample but it should come as no surprise that none of them were successful. I can’t say what makes for success among such groups since I had no successes to compare with the failures. A more complete picture of the successful group is one that is ready and willing to fight like hell for goals that can be met without overturning the system.

Perhaps it is disconcerting to discover that the meek do not inherit the earth — or at least that part of it presided over by the American political system. But those rambunctious groups that fight their way into the political arena escape misfortune because they are prepared to withstand counterattack, and to make it costly to those who would keep them out. 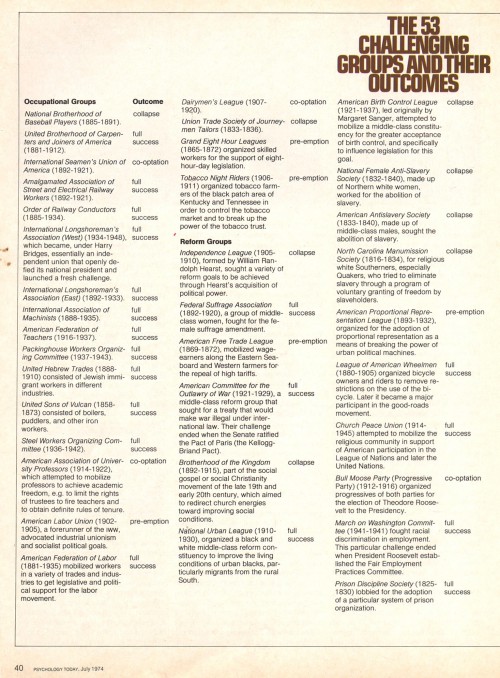 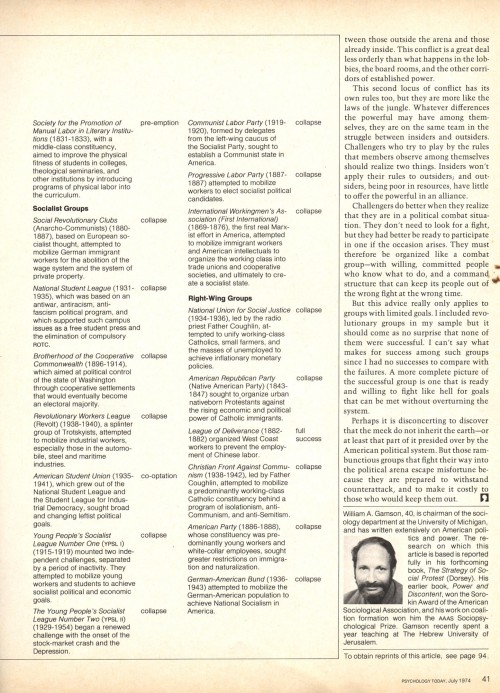