Another woman for the women’s pages is Miriam Baker Nye. Known simply as “Miriam” — often used just like that, in quotes — she wrote a regular column for rural women entitled From the Kitchen Window which ran from 1953-1981 in the Farm Weekly. (The Farm Weekly was a publication of The Souix City Journal and Journal-Tribune newspapers of Souix City, Iowa, which served “all Siouxland.”) This scan of page 16 of Here’s How The Farm Weekly Serves You presumably shows the regular header for her columns. 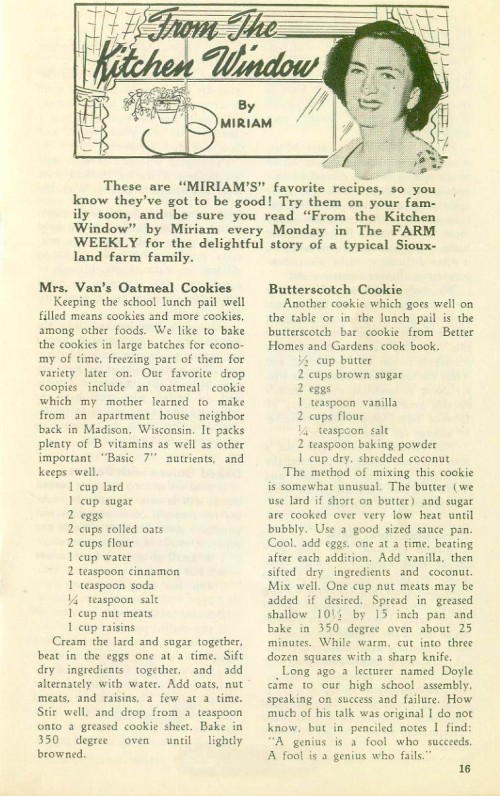 Her recipes and ideas from that column would later be published in book form in Recipes and Ideas “From the Kitchen Window” (1973). (If there aren’t any copies at Amazon, check eBay