The myth of the naughty secretary was created & used to perpetuate fears among Victorian housewives, who, as the arbitrators and guardians of morality, were thought to be able to dictate who took dictation via two paths.

One path was the ability to hen peck their husbands’ hiring practices, and therefore not have female applicants get picked for the jobs. (Often women would suggest male candidates, as they needed to support families — or have enough income to get married.)

The other path was to pressure their ‘sisters’ into conforming to womanly virtue. Like their Chinese counterparts, women would bind their sisters’ economic feet — only through lecture, condemnation, and societal pursuit. But women would be hobbled just the same — and, as males preferred, the women would direct their anger and blame at the feet of their sisters. (Like foot binding, this female-on-female action would only further divide the sisterhood of women, fracturing bonds of trust and creating suspicion among women — which only added to resistance of the messages & mantras of moralistic matrons as well as causing the matrons to believe that women who wanted or needed to work were of poor virtue, ready & willing to debase men and even steal husbands.)

Case-by-case analysis of individual hen pecked husbands & women worried into conformity aside, the plan not only failed (as evidenced by more women continuing to enter the work force for years to come), but backfired into male & female belief that women who did seek employment outside of hearth & home were of poor virtue and suitable not only for dictation but dick-takin’.

Of course, the sexually harassed and abused women found little-to-no comfort or assistance regarding their complains in the arms of their sisters; for in their eyes the secretaries were seen as having it coming (if not the perpetrators of sin themselves, seducing men into indiscriminate behaviors).

Insert jokes about naughty secretaries (and naughty maids), such as these vintage French mechanical cards below, which carried the same weight and purpose in the 1950s atomic age as they did in Victorian times. After all, the concerns were the same. 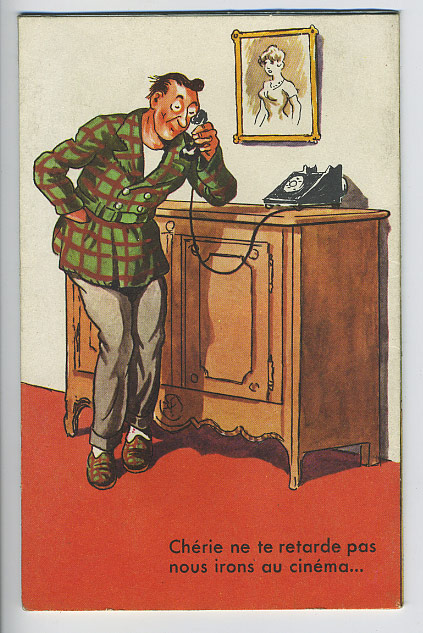 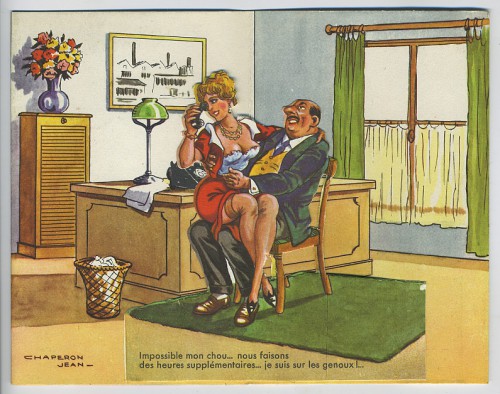 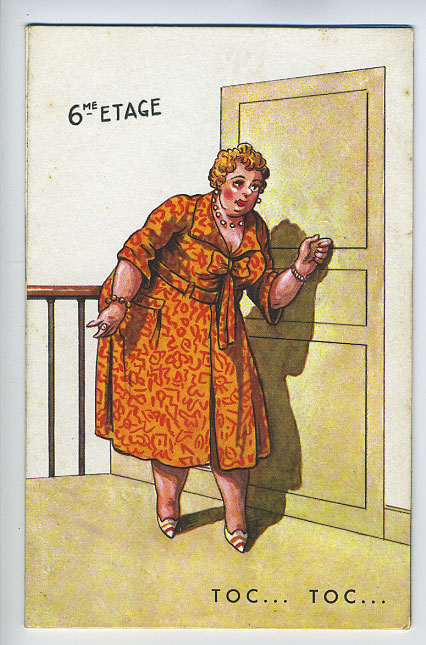 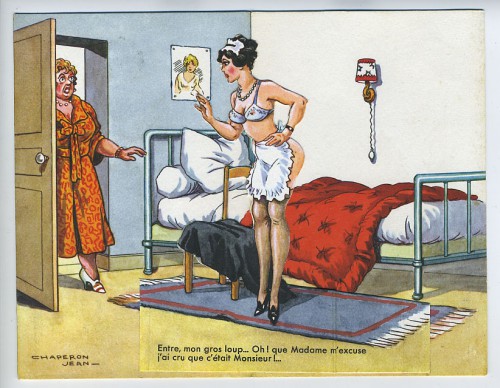 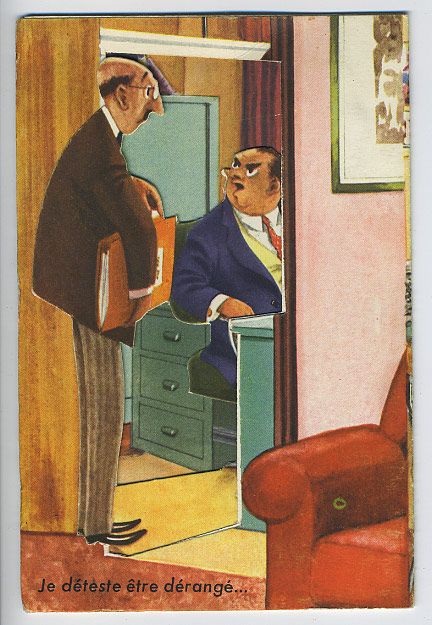 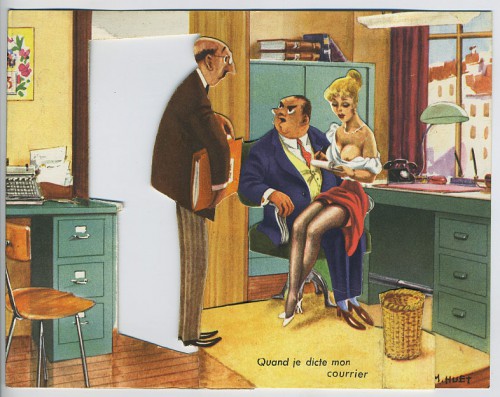