Women, report rape, get labeled as having a mental illness. This isn’t only something that happens in the military, you know; it’s just easier to document this group of women and to hold an institution accountable. At least we hope it will be easier to hold the military accountable for this! However, the rest of us who are victimized aren’t officially given a psychiatric discharge to track.

If we live to tell of the abuses we suffered (and even a one-time assault has abusive consequences from the very persons, places, and institutions we are taught will protect us, provide justice, and support us), we are then treated to the same devices our abusers employed: Isolation.

We are silenced, ostracized, demonized, all but abandoned by a society which would rather believe (if they believe us at all) that we had somehow deserved or at least brought such atrocities — because to think otherwise is to believe that the boogeyman isn’t some stranger under our beds, but rather the man we lay with in our beds. The resulting isolation alone is enough to depress. Yet that isn’t they type of “crazy” they’ll be satisfied with either.

Women need to be put in their place with stronger, more pathological or violent diagnoses, so that we can be even less credible, dismissed completely. We are medicated (if we are white enough) and even institutionalized. There’s a long history of this, which Karen Essex shares:

I read the psychiatric journals of the period, which prescribed bizarre treatments for ladies who were “hysterical,” which usually turned out to mean that they were “excitable in the presence of men.” In many instances, the desire to read all day or engage in intellectual studies, were also regarded as symptoms of mental illness in the female. Young women were committed to asylums for doing cartwheels in mixed company, for desiring sex with someone other than one’s husband, or for staring seductively at a man. Most behavior that showed spunk, spirit, or sexual need, was pathologized. 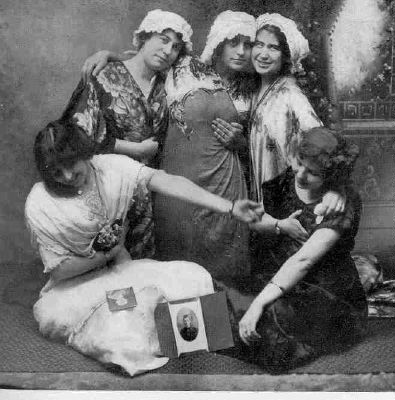 All sorts of harrowing and torturous cures were developed to “settle” these women – restraints, forced housework (to help them remember their true natures), repeated plunges in ice water, and force-feeding, to name a few. As mental illness in females was thought to originate in the womb, doctors also were obsessed with menstrual cycles, figuring that if a patient’s cycle could be regulated to a strict 28-30 day cycle, the “illness” of wanting to have sex or read books all day, would disappear. Not coincidentally, an irregular cycle was also considered a sign of mental illness and required treatment.

If pure “spirit” or too much personality at odds with a man’s opinion is a problem, just imagine what daring to accuse a man will do to upset the apple cart.

(Absurd medical practices based on the thought that a woman’s menstrual cycle has any connection to her existence in utero, or manipulation of the former can correct the latter aside… If mental illness in women originates in the womb, just try to get insurance to cover that preexisting condition!)

You can be among the more fortunate of us and have escaped assaults, abuse and violence and still suffer. As I’ve asked before, in a social world of politics & legislation which tries to control us & our bodies, how do we keep perspective, how do we honestly keep our sanity in this mess?

Is simply being a woman in today’s society a reason why so many women, more than men, are medicated? I can feel a reason why more women in my age bracket of “over 45” are feeling crazy– as Angela Davis notes, 40 years later, and so many issues for women’s equality still have not been resolved.

Perhaps this why there’s something called feminist therapy.

Techniques that are used by therapists include helping the client understand the impact of gender roles in their lives, to provide clients with insight into ways social issues affect their problems, to emphasize power differences between men and women in society, to help clients recognize different kinds of power that they possess and how they and others exercise their power.

If your insurance will pay for it, of course.

Oiy, and before anyone whines or complains; I don’t hate men.