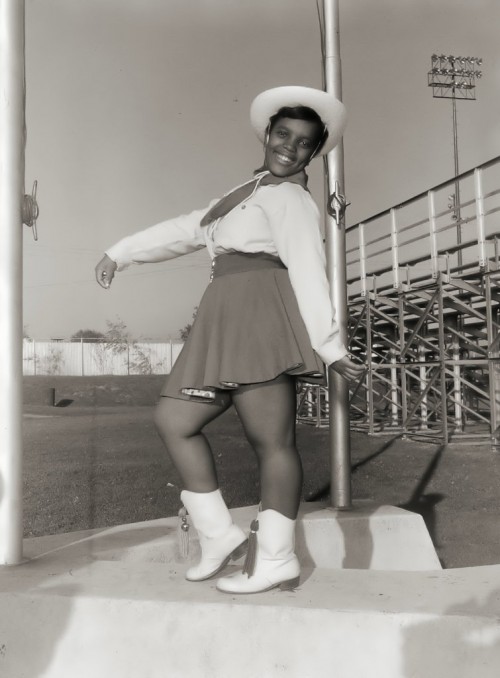 1.) At The Crunk Feminist Collective, a thought provoking post on self care for the feminist or liberal activist:

Talk about crunk. Bambara gives the side eye to the notion that you can attack capitalism, racism, or other systems of dominance out in the world without challenging those same systems (especially hetero-patriarchy) within one’s own relationships. That, in fact, leaving your own house “out of order” not only jeopardizes but it, in fact, undermines both your potential for good work and your potential for intimacy and happiness. Indeed, for me, Bambara’s call for us to essentially get our ish together charges us to recognize how important—how revolutionary—it is for us to love (and love on) each other and ourselves fiercely and fearlessly.

I started a group for just this sort of thing at Bliss Connect. It’s called Seeking Progressive Social Bliss; so far it’s a circle of one. *sigh*

2.) I was meaning to write about the horrible Summer’s Eve “Hail To The V” Campaign, but then Stephen Colbert did this:

I felt nothing could really top that. (Especially as I have a thing for puppets. Really!)  However, I highly recommend this post about the hideous ad campaign at Sociological Images. It’s especially good to show those who don’t understand satire; it’s a mental illness, you know.

3.) As I’ve oft complained about the sexualization of children, especially when it comes to clothing (NWS), I found this bit of fashion news across the pond fascinating:

The review, conducted by Reg Bailey, chief executive of the Mothers Union, was published in June. Bailey’s report, ‘Letting Children be Children,’ looked at cultural influences on children and children as consumers but particularly significant for the clothing sector was its examination of clothing, products and services for children.

The report stated that the marketing of “sexualised and gender-stereotyped clothing, products and services” for children were “the biggest areas of concern for parents and many non-commercial organisations contributing to the review.”

As the report was published, the British Retail Consortium (BRC) unveiled a set of guidelines governing the design, commissioning and marketing of clothing ranges for children under 12 years old.

The article continues to discuss the practical and impractical issues involved. As citizen of the USA, I’m left wondering if such clothing prohibition is the answer. After all, the problem isn’t the garments glutting the market; it’s the consumers with horrible judgement who pay for clothing in such poor taste. At what point does the law need to protect us from our bad choices? Or, more pointedly, at what point does the government need to protect children from the bad choices of their parents?

Image Credits: Via eBay. (You’d have already seen it if you visited my Tumblr.